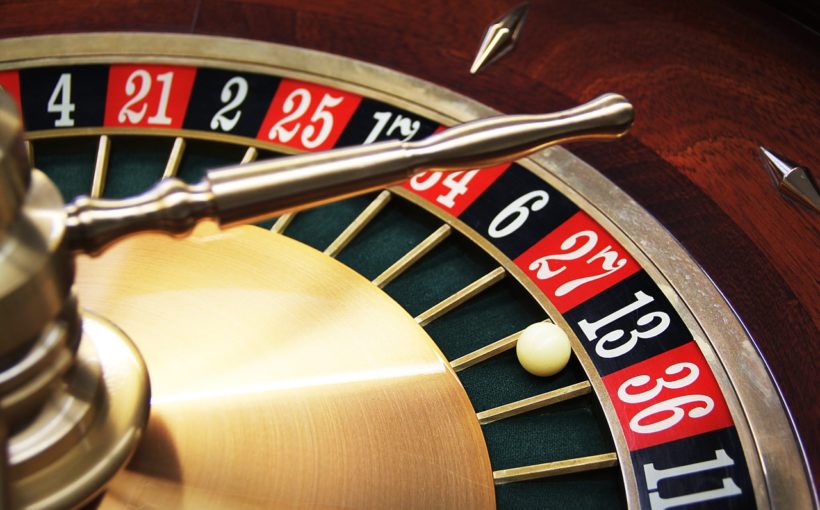 When you want to use the Revenue schedule setup, you will probably face this commun issue. Either you will play with Recognition basis and Recognition convention you expect to find as many occurrences as you have setup in here. In my case, 12.

When adding a sales order line, I will add the item, for a price of 1200 USD. Don’t forget to re-select the Revenue schedule on the sales order line (identified bug in the previous post). 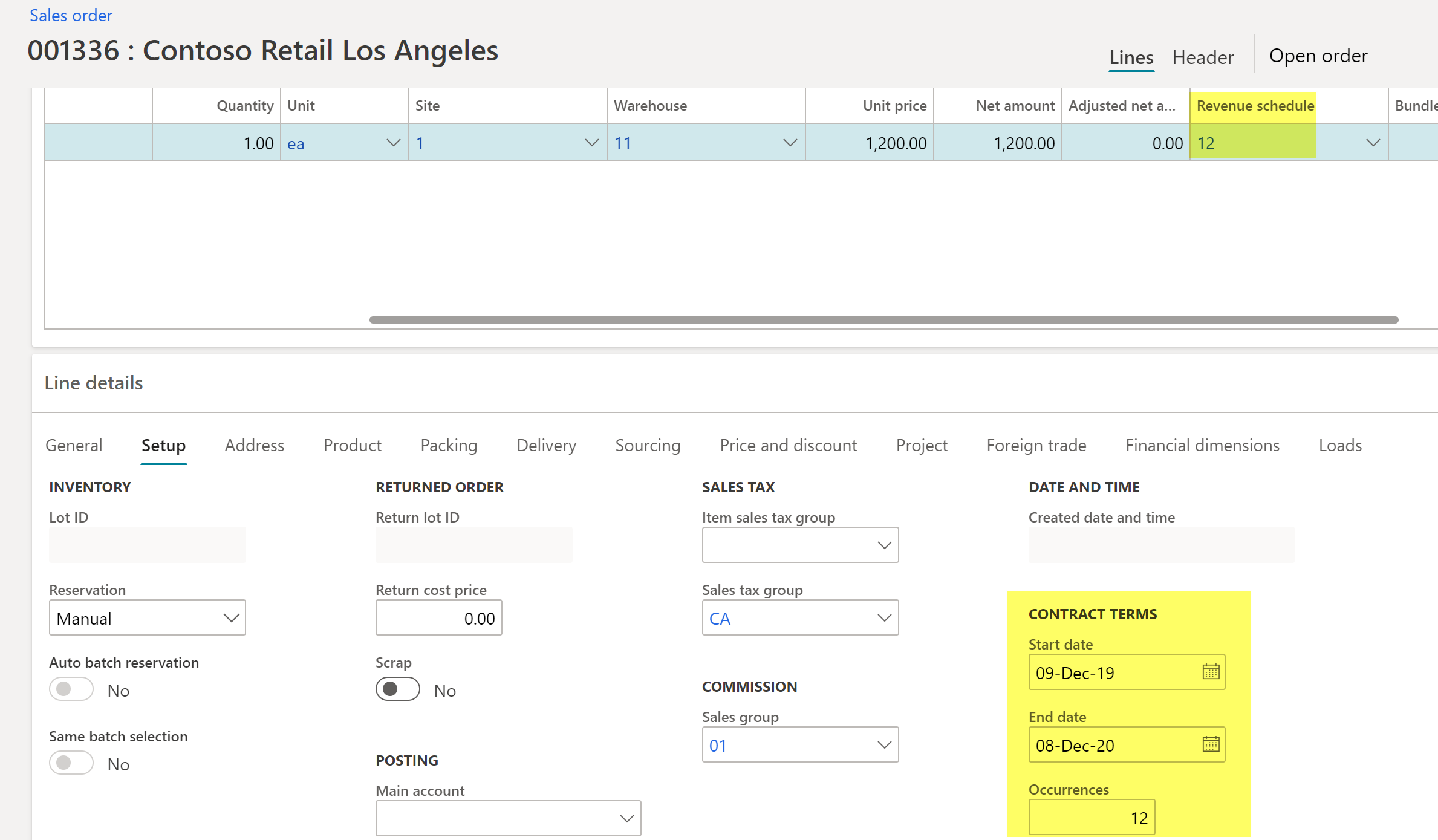 Basically, the system calculates the number of occurrence and breaks for every month. The first month is December 2019 (or what’s left for December, here from the 9th to 31th, if you have selected Monthly by dates you will notice the difference). It stops calculate on December 2020, meaning the last occurrence is actually from the 1st of December until the 8th. So you will have 2 December sessions for a total of 13 occurrences.

As you can see, the system is counting 12 occurrences (Period 1, Period 2, etc), and adding what’s left for the first month.

If you setup the starting date on the 1st of a month, it will work.

Here is the setup updated.

I found that weird as many of you. I think this will have to evolve for having something expected. You setup 12 occurrences, you want 12 lines !

Just to illustrate what I’ve explained, if you force a 2 month period in the sales order line, it will recalculate the number of occurrences in prior to what you had setup on the Revenue Schedule form. 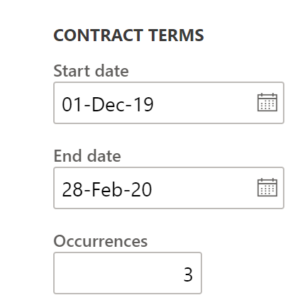 Partager la publication "Revenue Recognition : why do I have 13 periods instead of 12 ?"