On route groups, which are mandatory when you’re using routes and operations, some setup are quite explicite but the Report operation as finished on the Feedback tab is not so obvious.

When you highlight the field with the mouse the definition is the following : 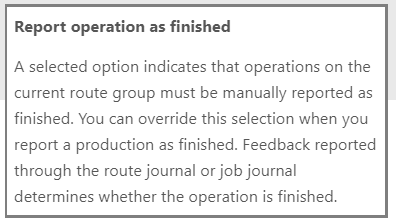 To have a clear view, let’s go with an example. 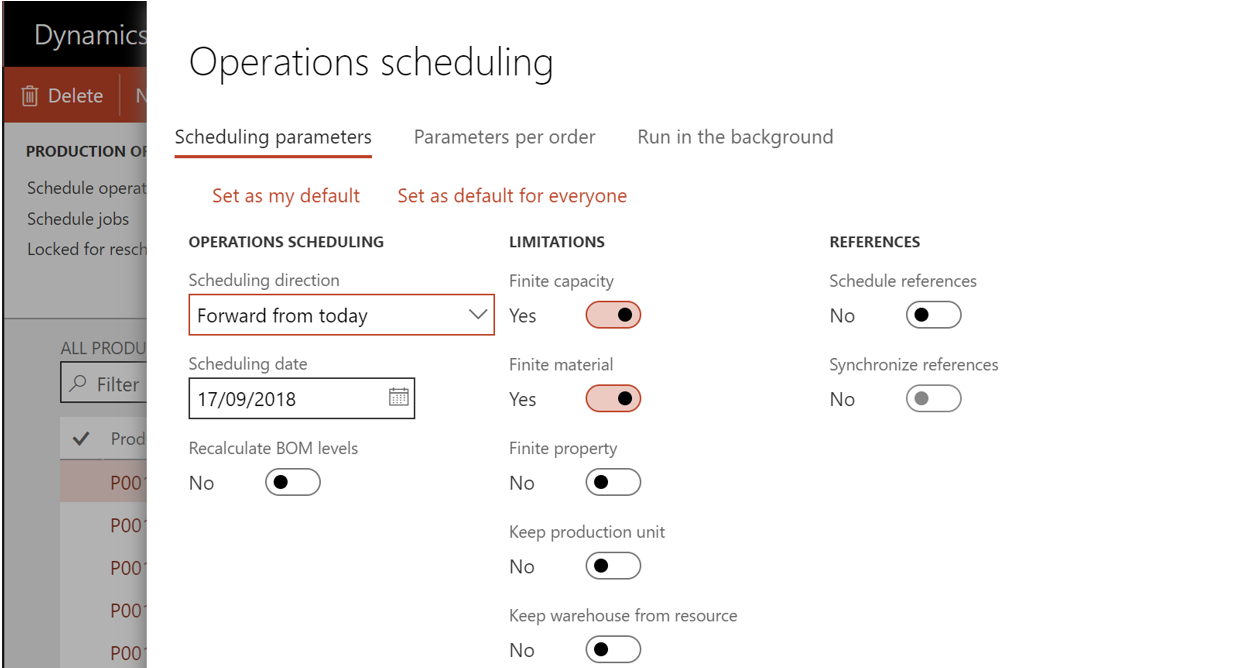 Going back to the production order, you can notice the Scheduling status has been updated. 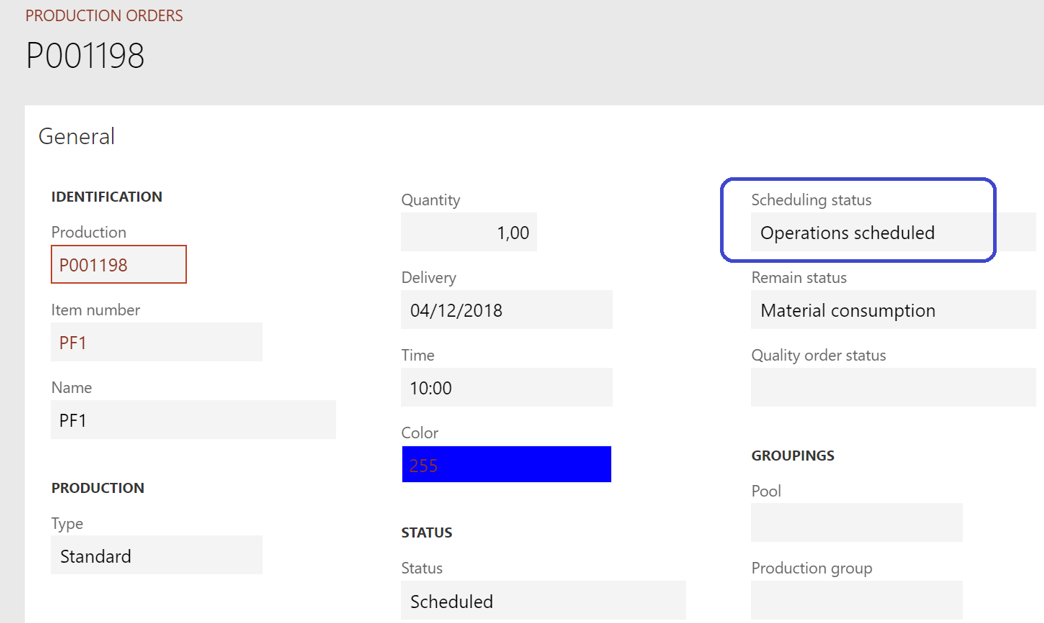 Then I’m starting the production order. 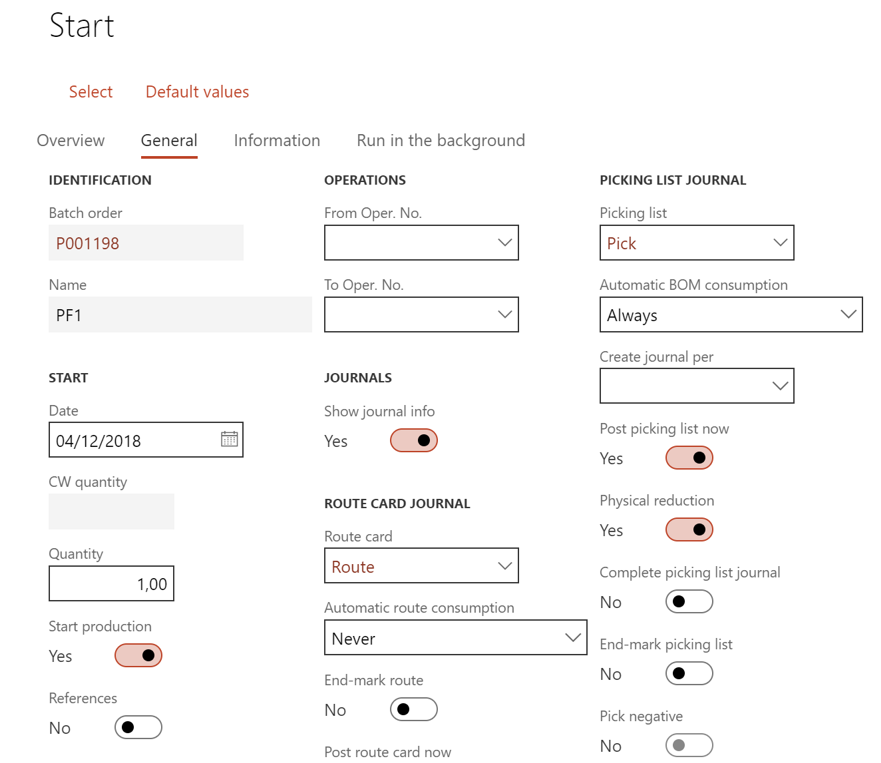 As you can see, I’ve pre-consummed my components (this is not important for the purpose of that tutorial).

I’m creating a manual route card journal for my operations and post it.

Here you notive I’ve decided to unticked the Operation completed checkbox, which means in other word that I can track some additional time on this operation.

From the production order route, I can notice the Reported as finished option has not been ticked on the operation 20.

Let’s try to run the report as finished step (with End-mark route unchecked).

Here I let the End-mark route as unticked, and then I’ve got the following error message : Operation number 20, Primary has not been reported as finished.

Sometime, depending on the process you may also have that kind of message : Total good quantity reported as finished for the production will be 1,00. Feedback for the last operation is 0,00 in total.

This means that you haven’t dial any Good quantity for an operation. So you may need to create another journal for that. 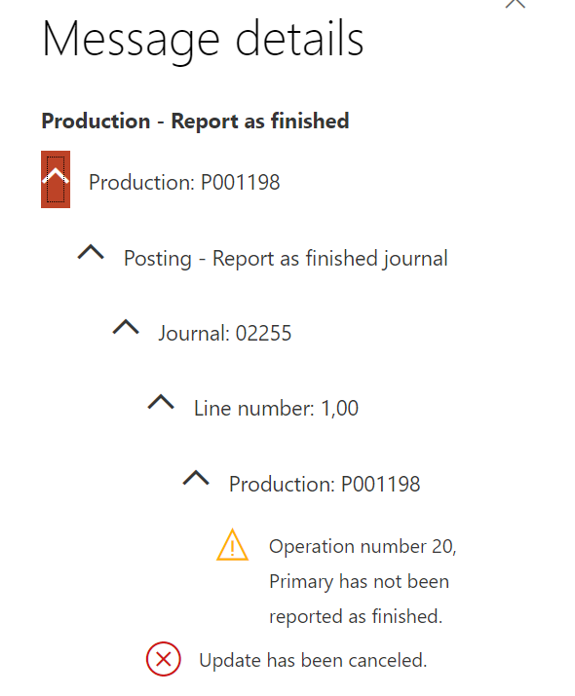 1/ You can go back on the route group and unticked the Report operation as finished setup to see the difference.

Going back to report as finished process. This time everything go well.

RT @dynamicspedia: This new blog contains a video of how you can perform an advanced search on forms and use the Saved views to re-use a ce…
h J R
D365Tour